Was Apostle Paul Married or Apostle Paul Single? Yes, He Was. Here’s How We Know. [Audio Reading In 6 Languages] 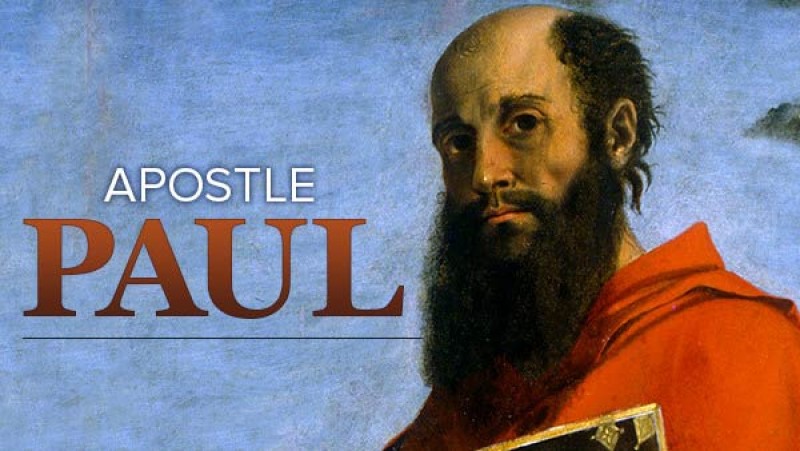 Apostle Paul or Saul of Tarsus

St. Apostle Paul or Paul the Apostle, commonly known as Saint Paul and also known by his Hebrew name Saul of Tarsus, was an apostle who taught the gospel of Christ to the first-century world.

In my sermon at Kenwood Baptist Church, a Pastor made the case that the Apostle Paul was not always single but was once married. This observation emerges from Paul’s words in 1 Corinthians 7:8-9.

Was the Apostle Paul Married?

Here’s how we know that Paul was once married. Paul writes:

8 To the unmarried and the widows I say that it is good for them to remain single, as I am.

If we want to understand how this verse applies to us, we need first of all to whom it is addressed. Your English versions say that Paul addresses “the unmarried and the widows.” It’s clear what Paul means by “widows.” He’s referring to any woman who was once married but whose husband has died. But to whom is Paul referring when he says “the unmarried”?

Some readers interpret the “unmarried” generically as anyone who happens to be unmarried, regardless of how they got into that situation (e.g., Ciampa and Rosner). For this reason, they think that the “unmarried” would include both the widowed, the divorced and those who have never been married. On this view, Paul means to address all Christians who happen to be unmarried.

I think this interpretation is mistaken. It may be that Paul’s words have implications for all who are unmarried, but I think Paul’s reference to the unmarried refers to widowers specifically. There are a number of reasons for this. Not the least of which is the fact that the Greek word for “widower” was rarely used in ancient Greek and was never used in the Koine period (Fee).

For some reason, first-century speakers did not use the word “widower.” My hunch is that they didn’t use it because of the negative social connotation attached to the term. In the first century, a widow was not only bereft of her husband, she was also often destitute. It was a patriarchal culture, and to be without a husband was to be in an extremely vulnerable position. That vulnerability is why the “widows” and “orphans” are often paired together in the Bible (e.g., James 1:27). In a patriarchal culture where there’s no social security safety net, widows and orphans are extremely socially disadvantaged.

A husband who lost his wife in that culture did not experience the same social hardship that a widow did. A widow is unmarried and destitute. But a man who loses his wife is simply unmarried. He is not destitute. And I suspect that is why Paul and other Greek writers didn’t use the term widower to refer to such men. They were simply “unmarried.”

And what does Paul say to these widows and widowers?

It is good for them to remain single, as I am.

I would tweak one small thing about the ESV rendering. It’s not as literal as it could be. There is no Greek term that corresponds to the word “single.” So if you just drop that word, it gives you a more literal sense:

It is good for them to remain…as I am.

1. History tells us that to join the Sanhedrin a man must be married. Though Paul was never identified as a member of the Sanhedrin, scholars say he may have been on the path to becoming a member. He says of himself, “And I was advancing in Judaism beyond many of my own age among my people, so extremely zealous was I for the traditions of my fathers” (Galatians 1:14).

2. Also Paul was a Pharisee and he was one of the few who were allowed to vote e.g during sentencing of Stephen and cultural y he couldn’t be elevated to such position if he wasn’t married he would be considered a kid

3. Realizing that t0o be a Pharisee meant to have been married, I have often wondered if perhaps, once he was converted, that his wife had divorced him, not accepting his new-found faith. The possibility that he was a widower is also a possibility. With his obvious love for his ‘sons in the faith-Timothy and Titus-as well as his frequent insertion of parental/especially motherly references in his writings, I think that divorce or death are quite possible.

4. I had same thought. Also some theologians speculate that a wife who would not follow him in the ministry to which he was called was Paul’s “thorn in the flesh”.

5. Except in the days that Paul lived and prior, women did not have the authority to divorce, only men did… so that ends that

6. Paul speaks of one who has been abandoned for their faith being free to remarry. His wife could have gone home to her family without a formal divorce on the grounds that he had lost his mind and disgraced her by leaving everything he knew and had worked for.