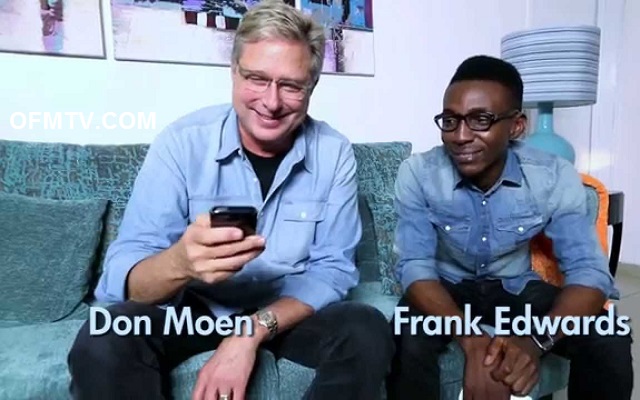 Don Moen and Frank Edward at the Experience

The supposed news of Don Moen’s death flooded the social media on Wednesday with lots of sympathisers mourning, but it has been revealed that the gospel singer is alive, hale and hearty.
Celebrating 4 generations in Minnesota today! Here’s a photo of my Dad, son John holding Bennett and me holding Luke.

Love my family!!! The “God Will Make A Way” hitmaker who has been in Nigeria and other African nations including Ghana on several occasions for gospel concerts and other projects, was reported dead after a short battle with stomach pain early Wednesday, July 12.
American news outfit Houston Chronicle TV reported, “An American singer-songwriter, pastor evangelist, Don Moen has died after short battle with stomach pain. His family confirmed that he died early this morning at General Acute Care (GAC) Hospital in California shortly after being rushed to the hospital.”

But reacting to the news, Nigerian singer Frank Edward, who collaborated with the American to produce “Grace”, used his official twitter page to debunk the rumour, saying that people should ignore the fake news. According to Frank Edward, he had gotten in touch with the son, Michael who confirmed that his dad was hail and hearty.

The renown gospel artiste has frequented Nigeria in the past few years, largely to participate in the yearly revolutionary concert, The Experience, produced by Pastor Paul Adefarasin’s House on the Rock Church.
Also reacting to our inquiry in a text message, Pastor Adefarasin said: “Kindly don’t believe the false report purporting Don as dead. There are so many unscrupulous mediums out there, that will do anything to sell their space.

The story is not true. In fact, Don Moen celebrates his Father, his son and two grandsons presently i.e. four generations of the Moen family.

Further more, my people have spoken with his son today (Wednesday) already who confirmed that Don is neither ill nor deceased but alive and well.”