Rev. Abraham Lamptey – Founder and Senior Pastor of the Believers House Of Worship.

As GhanaPa.com – the goodness of Ghana News Portal took our journalistic flight, we landed in a wonderful city, in the country of Ghana within Africa called Accra, after a moment, report reaching the corridors of GhanaPa.com through GhanaSky.com indicates that,
Rev Abraham Lamptey – Worship (Music) Minister, the Founder and Senior Pastor of the Believers House Of Worship, reputed as one of Ghana’s fastest growing church.

According to Accra24.com city news, Rev Abraham who went through a powerful transition from Ibrahim to Abraham, from Islam to Christianity faced burning fire in his church auditorium.
From ACCRA24.COM analyst, the gun men entered the auditorium and destroyed almost everything by fire. 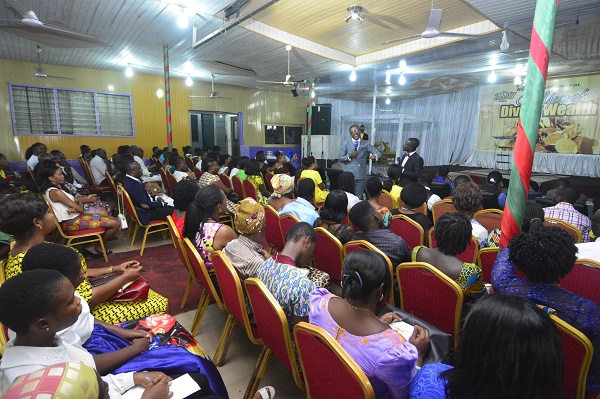 Believers House Of Worship Auditorium Before 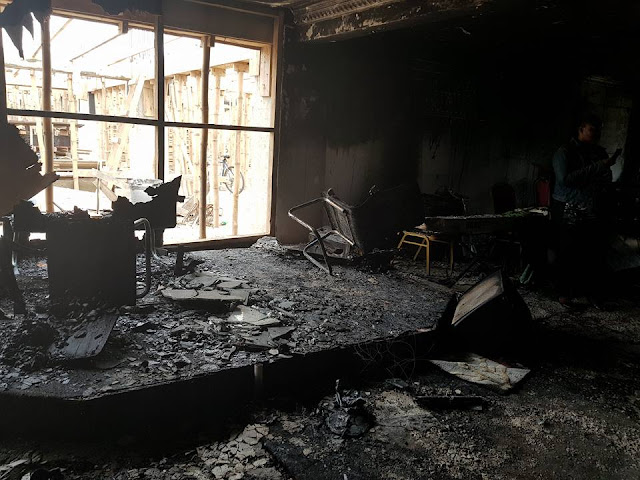 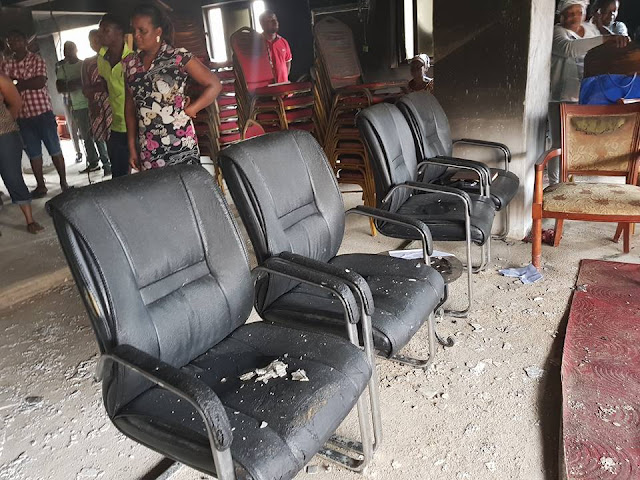 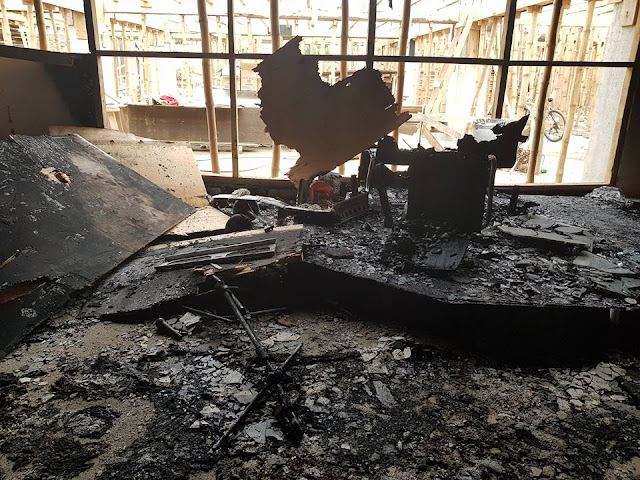 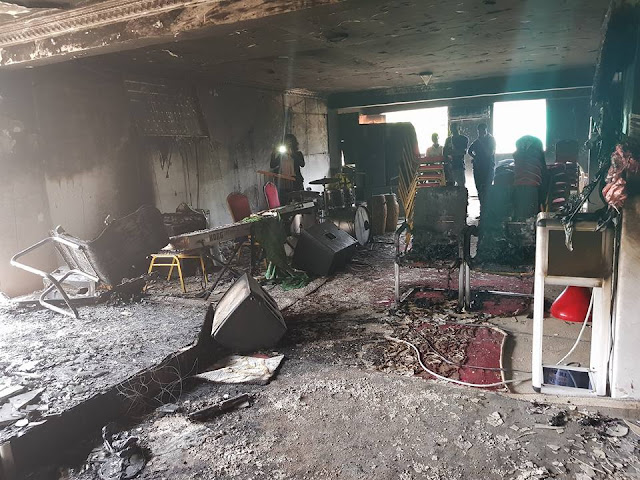 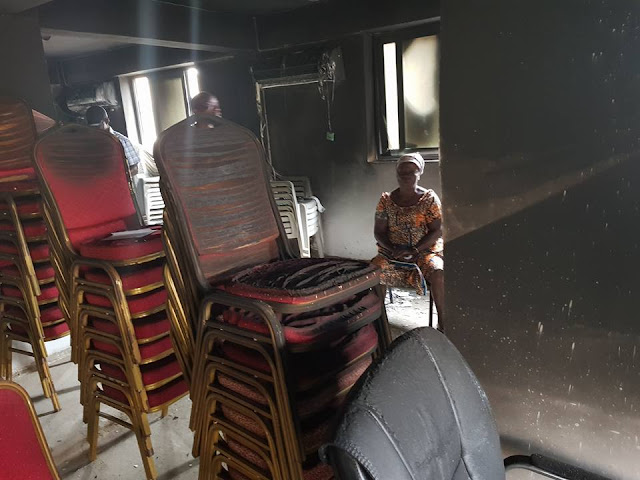 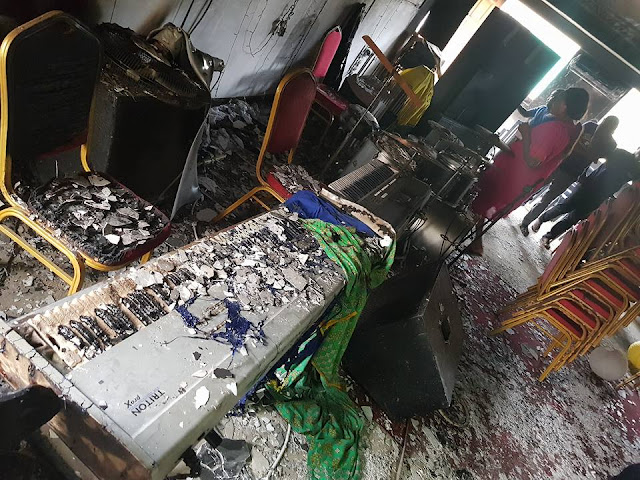 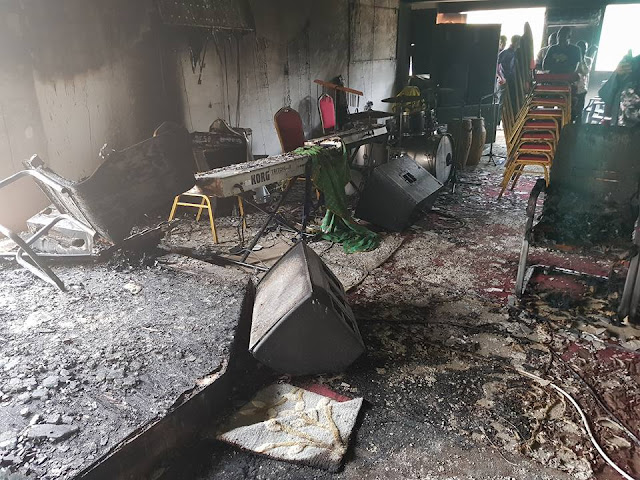 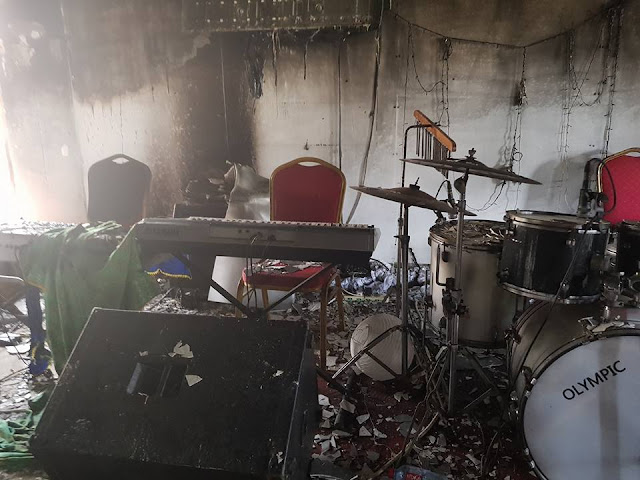 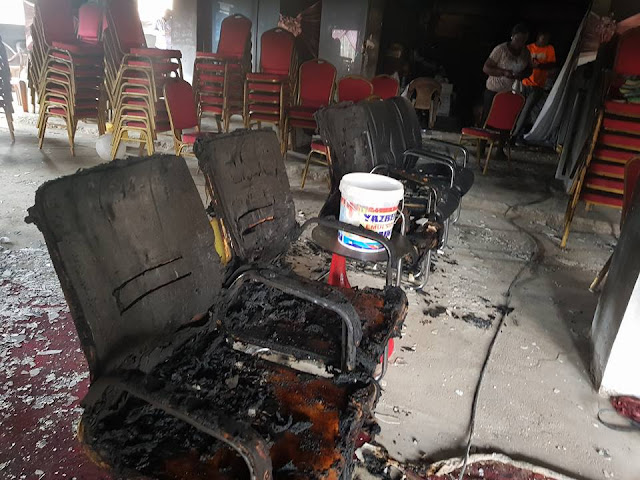 ” What is our country Ghana turning into Lawlessness is gradually gaining root in this country and the most serious part is that this generation can take their lawlessness and disrespect for laws to the church. See how gun men entered my father Rev Abraham Lamptey’s Believers House of Worship Church and burnt everything down. God of Vengience they have attacked your house we leave it all to you” 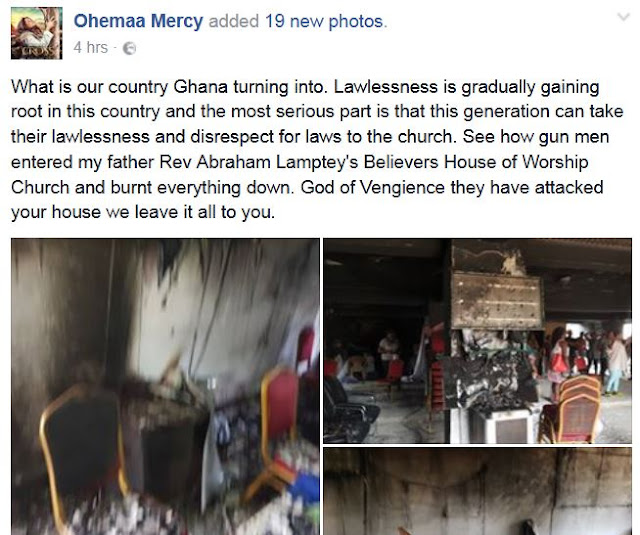 “I was born a Muslim, into the family of Warrant Officer Class One, Alhaji Andrews Odartey from the Ga Asene Joonshe family, and Madam Grace Naa Ami Ayeeba Allotey a baker from the Obutu clan, and I was named Ibrahim Odartey at birth. I was the 7th of 25 children. And for 25 years I recited the Islamic creed, the pain of it all was that apart from my elder sister, Dede, who is now deceased, I never saw any of my maternal siblings because they all died on the very day they fell ill.

I am a product of Adiembra Primary at La, then to Aboome and next to the Apenkwa Presbyterian Primary. I again enrolled at the Chorkor Boys School and finally completed at the Mamprobi Ebenezer School for first cycle education. I continued at the Emit Electronics Institute where I say is the BEST SCHOOL in the whole wide world.
I lived with my father at the Takoradi Air Force Station . I had an opportunity to go to Cuba to pursue a four-year course of study, the focused Abraham emerged to major in Music, Choreography and Agriculture (because I had a good voice). I continued my education at the Ghana Institute of Languages in a bid to polish my Spanish.
Added to my academic laurels I now speak fluent Spanish, Portuguese, English and some working knowledge of French. I then worked for Peewood Processing Company and then joined the Ghana Prisons band with saxophone as my specialty.

Now Abraham Nii Odartey Lamptey, who shepherds the BELIEVERS HOUSE OF WORSHIP, I am the food God feeds on (Worship), now married to Rev Mrs Gloria Kafui Lamptey and we are blessed with three wonderful children Mavis, Hellen and Elvis and 5 adopted children Sandra, Emmanuel, Derrick, Grace and Gifty. I was to have yet another life when poverty and mishaps began, alcohol and drugs became my best friend.

One fine day while standing at the old Achimota Station with a roll of embargo cigarette locked up between my lips and I was so high but not to the level of the most high, a nice red car pulled up and it was none other than the Apostle General, Sam Korankye-Ankrah, General Overseer of then International Bible Worship Centre (IBWC) now Royal House Chapel.

“Young man jump into the car and let’s go”, he yelled and as hardcore adventurous Ga boy, I opened the front door and sat and straightaway he drove to IBWC Kokomlemle head office, Apostle General ordered the then director of music to hand me the microphone to lead worship without knowing who I was but I believed God showed him what I couldn’t see. Knowing just a little about Christianity, the Muslim boy led the Christians through a time of worship and by the time I finished people started falling and I just didn’t understand why they were falling. I then converted to join this faith and way of life called Christianity.

My stay at the International Bible Worship Centre now Royal House Chapel International, there too I was ushered into the youth choir “voices in worship” as the choir master, and in a relatively short time, developed it into a world-class orchestra…….”