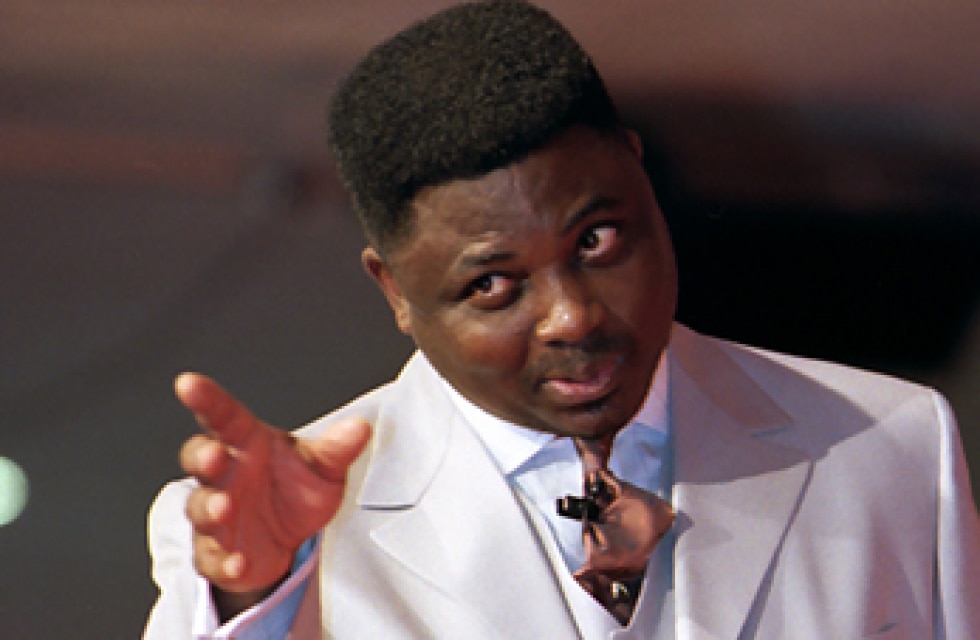 Pastor Matthew Ashimolowo was born in Kaduna which is the Northern part of Nigeria to Muslim parents, he is the 4th in a family 5 children.

Ashimolowo converted to Christianity from Islam at the age of 20 – 22 after the death of his father before enrolling with a Bible school.

As the son of a military officer, his father was constantly transferred on official duties and this meant his family was also on the move.

His Muslim name was Ahmed, after his father died in the Biafra war.

He got saved in adrunken state, after which he went to Bible school in Lagos to further his career as a minister of the gospel.

After Bible school, he began as an assistant Pastor in Foursquare Gospel church, after which he was moved to the UK, where he started his own ministry.

Pastor Matthew Ashimolowo’ s Kingsway International Christian Centre (KICC) is said to have started in the year 1992 with just eleven members in a school hall in the North London.

Over time, the membership of the church grew and the church had to move to Hackney town center after which it acquired a building at Mare Street.

The building later became too small for the community.

KICC is currently housed by another building which situates at 57 Waterden Road.

Pastor Matthew Ashimolowo is a dynamic preacher, having preached for over 30 years he is a successful leader and a prolific author having written more than 20 books.

He has received numerous awards for his outstanding books and selfless service; he is the author of over 60 books.

He is a strong advocator and a voice in the Pentecostal Christian community in United Kingdom.

He is a constant feature on God Channel TV, TBN, Daystar and various TV networks.

Pastor Matthew serves on the board of Premier Radio station which is UK’s premier Christian radio station. He is a motivational speaker and a successful business man.

As an author, he has received accolades for his outstanding books. He is the winner of the Nigerian Booksellers Award for Tongues of Fire and many more.

He currently hosts “Winning Ways” which is shown on TBN Daystar, God channel and aired on Premier Christian Radio.

He also hosts 24 Hour Miracle which comes up on OBE TV.