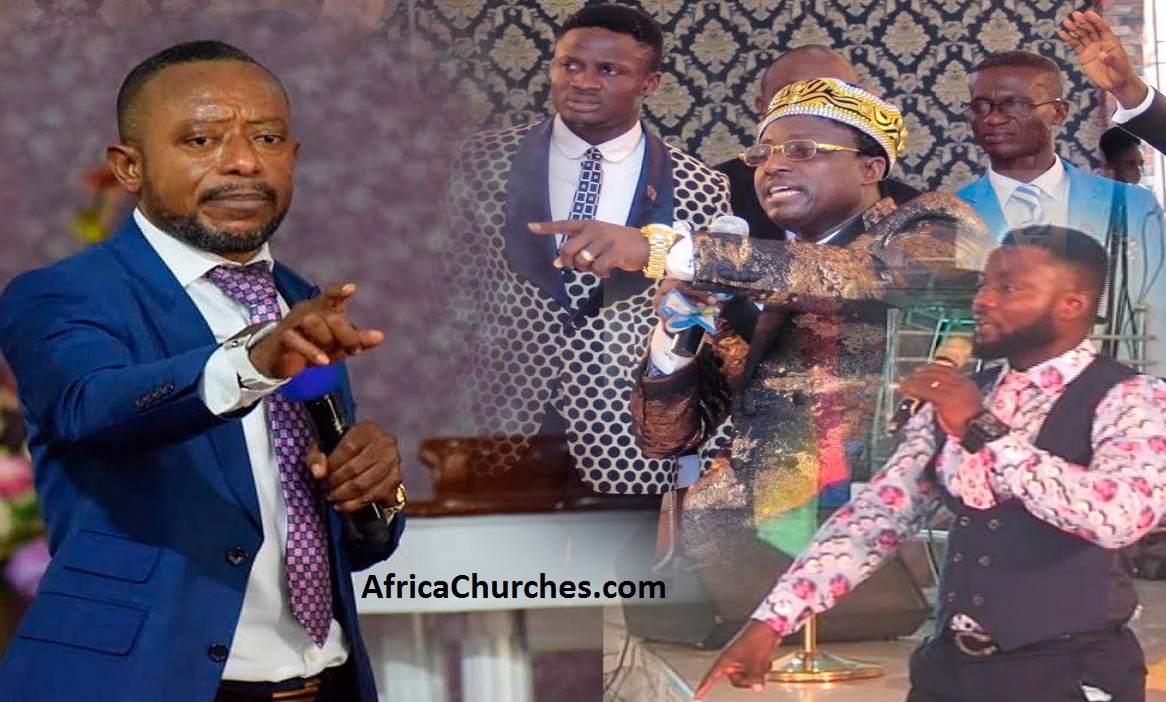 Opambour’s junior pastor identified as Chief also alleged that the spiritual marriage between Owusu Bempah and his mother is the reason he can’t have a lasting marriage.

Chief also advised the controversial man of God to deliver himself from the spiritual marriage to enable him to have a good marriage since he is currently with his fifth wife.

He also advised him to plead with his mother to break the curse she placed on him to deliver him from his womanizing spirit.

“I will be very ashamed if I were part of your junior pastors. I will be very sad to be under you because you don’t have good morals to teach me.

Always sleeping around with women, you are now with a fifth wife, what kind of a pastor are you?. Deliver your mother from marrying you spiritually, so that you will be free to marry.

Can you compare your fake prophecies to that of Prophet 1’s authentic prophecies? Useless Rev. Owusu Bempah”, Chief fumed.

Chief’s attack comes after Rev Owusu Bempah listed the good and false prophets in Ghana in which Opambour was part of the bad prophets.

This infuriated Opambour’s junior pastors and has since launched a series of attack on Owusu Bempah.