TRENDING
GMT+1 04:24
Home Religion Nigeria Government is expected to be neutral on issues involving religion, they are selling Nigeria through back door – CAN

Nigeria Government is expected to be neutral on issues involving religion, they are selling Nigeria through back door – CAN 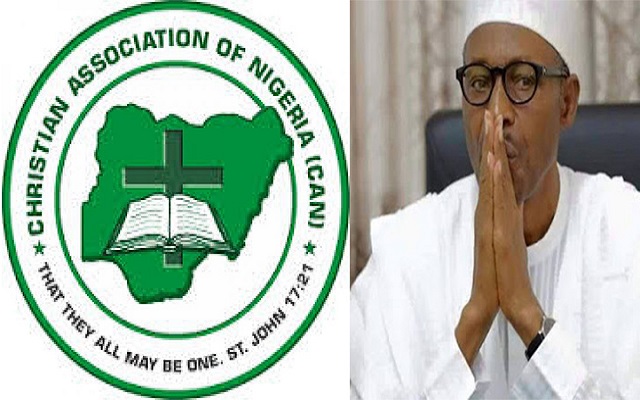 Once again, the Christian Association of Nigeria (CAN) is compelled to raise a petition and protest against the unrelenting plan of the Federal Government of Nigeria to introduce Islamic financing into a secular state in violation of Section 10 of the Constitution.

According to this section in the Constitution, the Nigerian State is Secular and Government is expected to be neutral on issues involving religion. By promoting a sectional religious financial policy, the Government is violating both the spirit and the letter of Section 10 of the Constitution.

The Christian Association of Nigeria has been protesting against this aberration since the Osun State Government, under Governor Rafiu Aregbesola embarked on this violation of the Constitution. Rather than stand in the defense of the Constitution, it is disappointing to note that the Federal Government, is pursuing what is out rightly a confirmation of an Islamization Agenda.

The recent floating of Sukkuk Bond by the Federal Government is not only sectional but illegal and a violation of the Constitution. Every law that has been promulgated to back the Sukkuk issuance and promote an Islamic banking system in Nigeria is ultra vires, illegal, null and void.

Islamic finance is financing which conforms to the doctrines of the Islamic law known as “Shari’a”. The sources of Shari’a (in hierarchical order) are as follows:

(1). The Qur’an; (2). Sunna (the teachings and practices of The Prophet Muhammad); and (3). Ijtihad and Fiqh (Islamic jurisprudence).

There has never been a time that Nigerians held a Referendum or convened a Constituent Assembly that passed a resolution that the nation has transmuted into an Islamic State.
Therefore, the manipulations and scheming to smuggle the country into a full blown Islamic state should stop. These manipulations became apparent with the smuggling of Nigeria into OIC in 1986, by the Ibrahim Babangida Military junta.

OBJECTIONS
Our objections to the Sukkuk Bond and all forms of Islamic financing are as follows:
1.      Funds raised under Sukkuk MUST be used for Shariah compliant (halal) activities. Nigeria is not a Sharia compliant nation, it is a Democratic country. Nigeria cannot operate two National Ideologies.

2.      The Sukkuk shall be governed by, and construed in accordance with the laws of the Federal Republic of Nigeria as well as the Islamic Law of Mu’amalatmaliyyah. We insist that there cannot be two laws for one nation.

3.      Sukkuk is ASSET BASED banking system unlike the conventional banking that is ASSET BACKED. While under the conventional banking system, the borrower provides collateral to back the loan and retrieves his asset after the loan is redeemed, under Sukkuk, the loan is BASED on an asset which is land and irredeemable. The Sukkuk holder (lender) accepts land as asset on which the loan is based. At no time does the title pass to the customer, nor is it expected to pass. If the customer wishes to retrieve his asset at a later date, a separate agreement has to be drawn up. This in our view, is a sly and treacherous attempt to sell Nigeria to Arab Islamic Nations. It infringes on the sovereignty of Nigeria as the loan giver becomes part owner of the land of the receiver.

4.      The operation of Sukkuk is based on Islamic value system and Sharia Jurisprudence. This makes Sukkuk unconstitutional.

5.      The IMF says that the issuance of Sukkuk by non-Islamic states/countries is a breach of the religious neutrality of the government of such state.

CONCLUSION
The Federal Government must dismantle all legal and institutional framework established to promote Islamic Financing in Nigeria. The NEW RULES/AMENDMENTS TO THE RULES AND REGULATIONS OF THE SECURITIES AND EXCHANGE COMMISSION, Section 313(6) of the Investments and Securities Act 2007, and all other forms of law guiding operation of Sukkuk issuance in Nigeria should be repealed, forthwith.

In the alternative, legal redress will be sought to defend the Sovereignty and territorial integrity of Nigeria if the National Assembly failed to checkmate the Executive on this unconstitutional action.

We affirm that the territorial integrity of Nigeria is undermined through the issuance of Sukkuk in the country. We hope that the Federal Government shall desist in its policies of unbridled religious sectionalism.

We seek your support and assistance in making this CAN position known to the whole world.