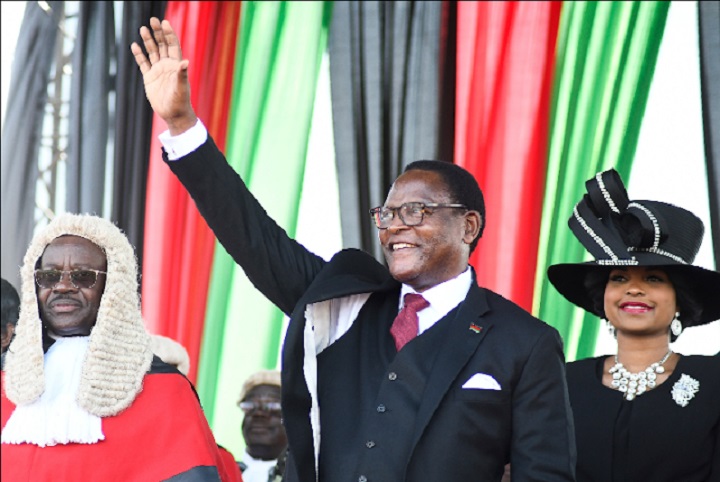 The historic rerun of Malawi’s presidential election has been won by the opposition, the first time a court-overturned vote in Africa has led to the defeat of an incumbent leader.

Lazarus Chakwera’s victory was a result of months of determined street protests and a unanimous constitutional court decision that the May 2019 vote had widespread irregularities and could not stand.

Chakwera won with 2.6 million votes out of 4.4 million cast.

President Peter Mutharika, who had sought a second five-year term, called this new election flawed but has urged the country to “move on peacefully”.

The Malawi Human Right Commission, one of the observers, has said the election was peaceful and transparent.

On Saturday, electoral commission chairman Chifundo Kachale told journalists: “The commission declares that Lazarus Chakwera, having attained 58.57% of the vote, has been duly elected as the president of Malawi.”
Watch Video Below:

The announcement was met with loud cheers and applause as opposition supporters waved Malawi’s red, black and green flag and chanted “Government!” in local Chichewa.

“This is a win for Malawians, it is a win for democracy, a win for justice,” said an elated Chakwera after his victory was declared.

“It is a win that will enable this nation to really reset and begin to build a new kind of Malawi in which all of us together will be involved.”

A court overturned the original election last year won by Mutharika, citing widespread irregularities including the use of correction fluid on ballots. It was just the second time in Africa that a court has overturned a presidential election, following a ruling on Kenya’s vote in 2017.

Months of sometimes deadly unrest had followed the announcement of Mutharika’s win in the May 2019 election as people in long-peaceful Malawi went into the streets to protest.

The constitutional court on 3 February unanimously ordered that the vote be held again, citing “widespread, systematic and grave” evidence of irregularities and vote tampering.

The outgoing president’s Democratic Progressive Party (DPP) had on Friday called on Malawi’s Electoral Commission (MEC) to annul the results of the second vote and declare a third election.

“We expected an election without irregularities,” Mutharika told reporters in Blantyre before the official results were announced.

“Sadly, as all Malawians have seen, this election is the worst in Malawi’s history of our elections,” he added.

“We believe most of the results that were sent to MEC are not a true reflection of the people.”

Mutharika did not, however, echo his party’s calls for another re-run.

“These are the kicks of a dying horse,” said Chingaipe, who heads the Malawi-based Institute for Policy Research and Social Empowerment.

“In the history of this country, there has been no election as transparent as this, especially in the management of results.”

“He is in denial, he has always been in denial. But reality will catch up with him soon,” said Trapence.