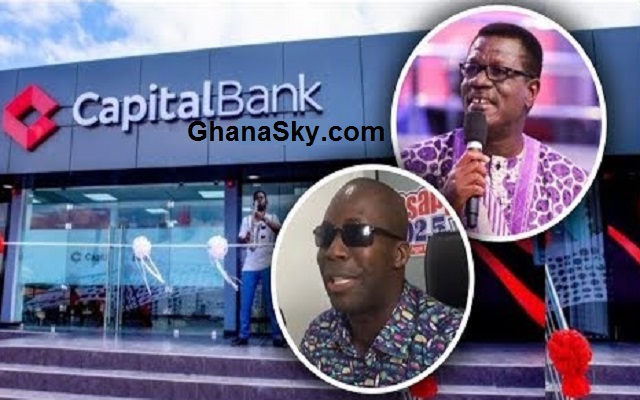 According to him, Mr Otabil must emulate the steps of the founder of Microsoft and the richest man on the planet Bill Gates, who shows extreme humility in spite of his wealth.

His comments come after Pastor Otabil told his congregation that people who have no right to even mention his name in their speech are now freely hurling insults at him due to the Central Bank’s recent takeover of Capital Bank, of which ICGC owns 3% interest.

Using the bad news as an example to encourage himself and his congregation on Sunday, 20 August 2017, about how to find perfect peace in the Lord during personal storms such as his current predicament, Dr Otabil said: “Oh yes I’ve had some reality this week.

“You know when people who have no right to insult you, insult you; that is reality.

“You look at the person insulting you and the person, sometimes, himself looks like an insult. But out of the abundance of his insult, he is insulting you, so that is reality. Reality is when it is hitting, when all kinds of stuff is hitting… I don’t want to go too much into that.”

Before Pastor Otabil made these comments, Prophet Kumchacha had described him as incompetent following the collapse of the Capital Bank.

Kumchacha is reported to have said on an Accra-based radio station that: “When President Mahama was in power, Dr. Mensa Otabil called him ‘incompetent’. He extensively criticised the former President that he can’t rule over 27 million population but you (Otabil) with this small bank (Capital Bank), you couldn’t keep this bank in business and sat to watch it collapse.”

Furious about the reply from Pastor Otabil although his name was not mentioned by the ICGC founder, Prophet Kumchacha, while speaking on Accra News on Monday said that: “It is shocking that Pastor Mensah Otabil who has attended school to the highest level will be talking like this. He should rather allow those of us who never stepped in classroom to talk like this.

“Let me tell Otabil that he should learn how to accept criticism from people. He should be humble. Even Bill Gates who is the richest man is humble in his dealings with people. People insult Bill Gates and describe him with all manner of words, yet he continues to show humility.

“Anybody who hates correction is like an animal as the Bible says at Proverbs and so please I want to tell him to accept advice. He is our father. We can’t criticize him so much but I want him to read the Book of Proverbs.”

Watch Video-Audio Below From Dr. Otabil: