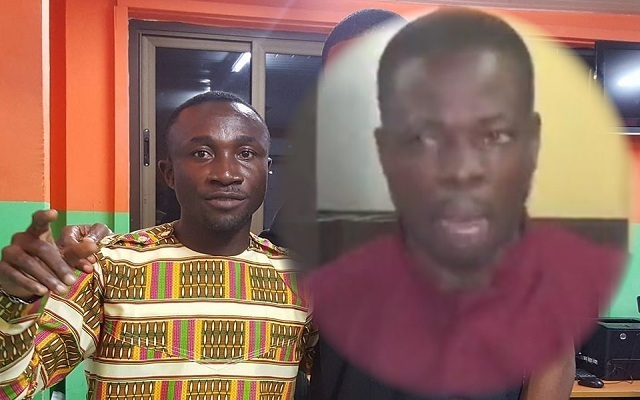 Chronicles of Avraham Ben Moshe have criticized Islam just as he criticized Christianity.
From GhanaPa.com room of religion, Obadiah is a Biblical theophorical name, meaning “servant of God” or “worshiper of Yahweh.” The form of Obadiah’s name used in the Septuagint is Obdios.

According to GhanaPa.com analyst, no one can say for sure what Avraham Ben Moshe’s thorn in the flesh was, but it was a source of real pain in the Moshe’s life.

Pastor Obadiah has become this “thorn in the flesh” after Ben Moshe insulted all Christians and even insulted Jesus Christ (Yeshua) in very horrible terms.

Moshe walks away  or runed away or vamoosed from critical reasoning and scared that his knowledge will be challenged and exposed as we hear from Nhyira FM host; Kofi Gyimah Ankoanna.

Some group of people say, “Moshe will continue running away without anyone chasing him…”
No one likes to live in pain. Paul sought the Lord three times to remove this source of pain from him (2 Corinthians 12:8). He probably had many good reasons why he should be pain-free.
Paul speaks of a “thorn in the flesh” in 2 Corinthians 12:7. He calls it “a messenger of Satan” that had a purpose of “torment.”

Why Moshe claims his teachings are the truth, why is he always running away from fellow human being who is holding Bible not a cutlass?
There is a reason for Moshe going away from the studios.