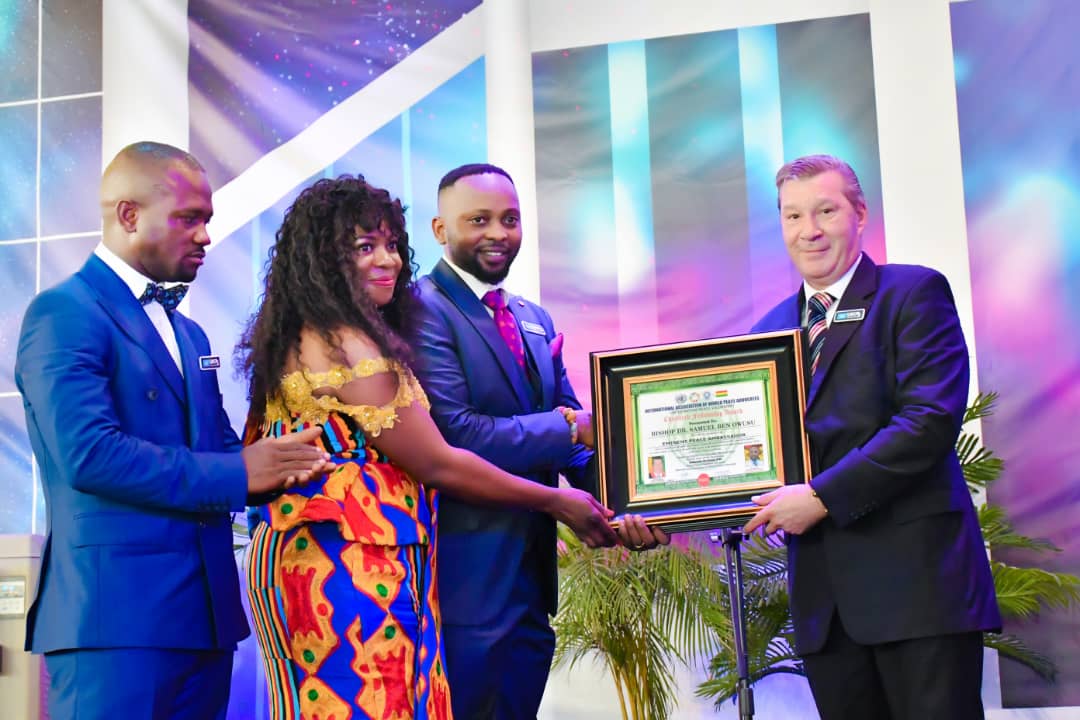 The historic induction and conferment of the prestigious United Nation Award of Eminent Peace Ambassador to one of Ghana’s most prolific and renowned pastors, Bishop Samuel Ben Owusu.

In effect, the man of God is now officially referred to as His Eminent UN Peace Ambassador Bishop Dr Samuel Owusu according to GhanaChurch.com analyst.

As an UN Peace Ambassador, Bishop Sam Owusu has become a member of the elite group of world citizens whose primary responsibility is to ensure and promote peace and harmony amongst humanity and in all facet under the UN 1994 resolution of SDG goals.

The International Association of World Peace Advocates (IAWPA) is a body of concerned global citizens whose interest is to represent religions, races, and ethnic diversity of the human family, as well as all disciplines of human endeavor. They rise up inspired by a common basis of shared principles and are committed to the task of promoting reconciliation, overcoming barriers, and building peace.

In attendance at the induction ceremony were many dignitaries from around the world to grace this great ceremony. Among the dignitaries were His Excellency, Per Sefsen President of IAWPA, Denmark, UN Peace Ambassador to Liberia, Amb. Sammy David, His excellency Amb. Dr. Emmanuel Nkweke, spokes person to the association. 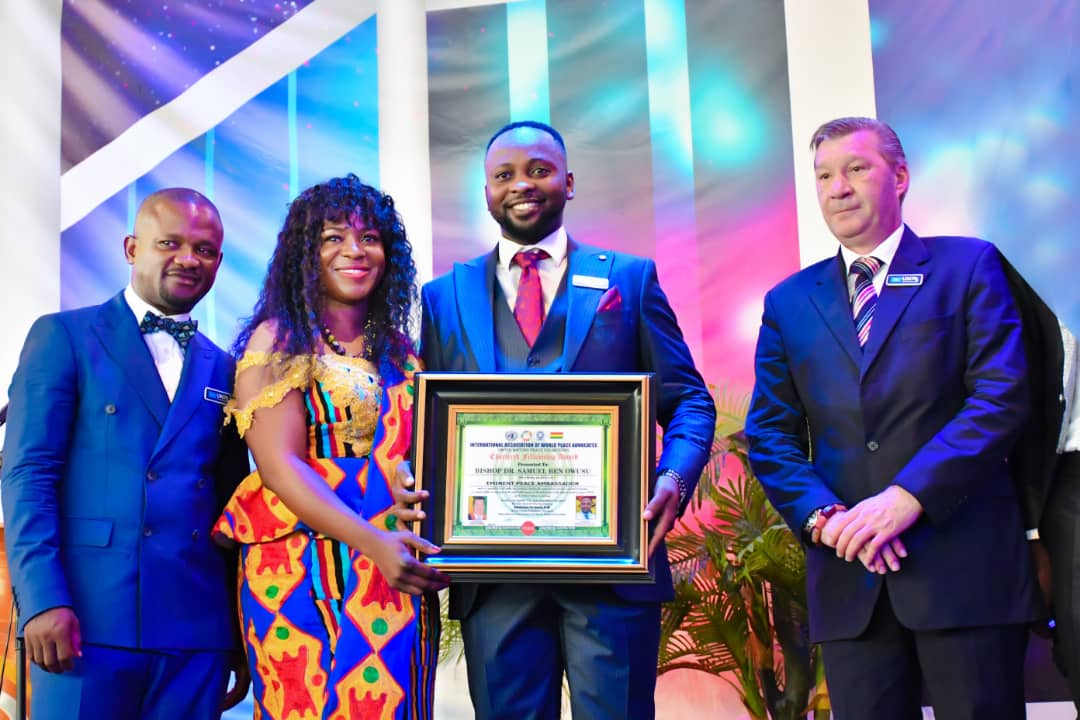 Rev. Dr. Ampiah Kwofie delivered a prolific exaltation to the crowd. He spoke in high esteem of the Honoree comparing this high honor to that of Mordecai in the Bible, where after servicing the King for many years, he was honored in a dignified way. “God will reserve the highest honors for you even the hands of your enemies” he stated. He praised the ambassador for his hard work and dedication to the body of Christ.

The Award presentation was the highlight of the occasion, it was extremely profound to witness the first Ghanaian citizen, especially in likes of a pastor to be conferred such an honor for the work he has done around the world. The members of the UNIWPA Delegates conducted this portion of the ceremony where the President of the Organization, His Excellency Ambassador Per Safsen, addressed the Honoree and presented to him his award, and his membership badge of access. He said and I quote “this is not an award that you hang on your wall, but an induction into a service that is requiring of you hard work on how to promote peace around the world.” 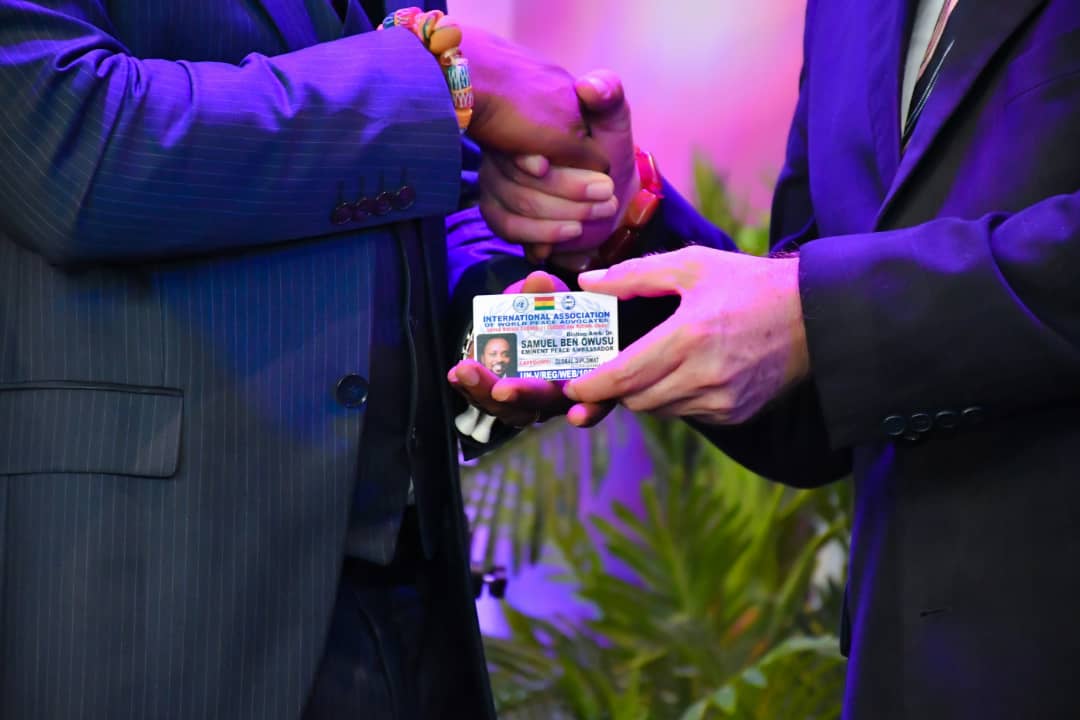 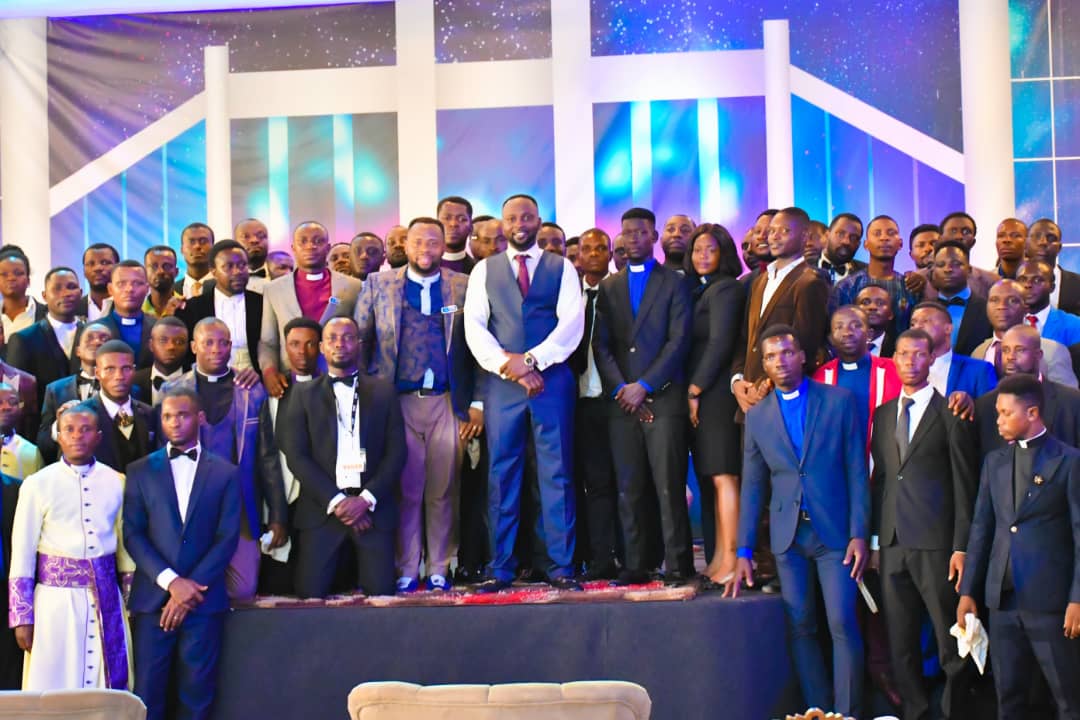 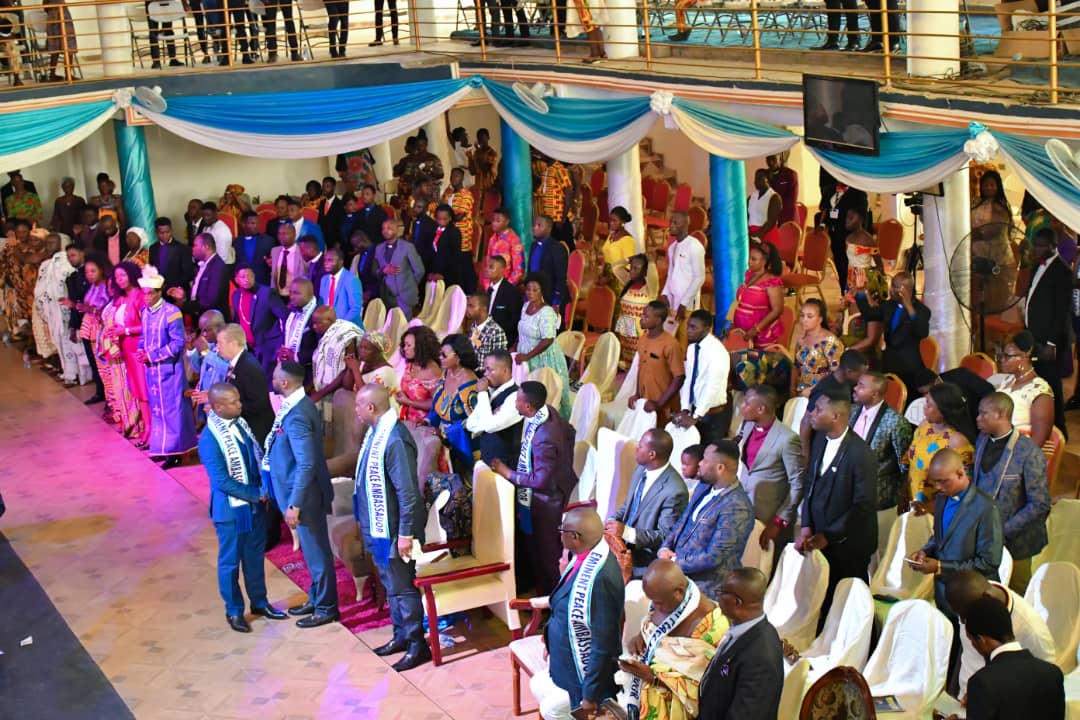 Amb. Bishop Sam Owusu delivered a very brilliant and powerful acceptance messages on peace and togetherness. “After much thought, I am grateful to conclude that this award which I am receiving is a profound recognition that peace and nonviolence is our answer to the crucial moral question of this time – the need for man to overcome oppression, corruption and violence without the need to react with the same measure”.

He stressed the need to formulate peaceful alliance through our communities, government and churches. He acknowledged the attacks that the rest of the world is suffering especially in China and Asian Countries, and especially in his own country. He prayed for peace in this year’s of election, recognizing the need for a peaceful transition of power, should there be a change. “We live in a world where jealousy and envy and strife are the platform upon which we deal with each other especially those striving to progress.

“We have totally turned a blind eye to the greatest principle upon which Christ operated and taught and that is to love our neighbors as we love our selves. We have moved into the realm of hatred and tearing down of each other, which undoubtedly leads to unrest and strife between mankind. But I am here to encourage each and every one of us, that peace amongst all men is a powerful moral force which makes for social transformation”.

Amb. Bishop Owusu, also formally launched his initiative the Peace Power Project, which he has already started with a young group of men; and whose mission is to become he vice of peace amongst the young generation, creating awareness of the power of peace and to address the danger of conflict, violence and the disturbance in the communities of which they live.

We also experience the dedication of the grand structure of the Pottersville “Nation” the Pottervilles Church which was dedicated by Rev. Dr. Ampiah Kwofie and Archbishop George Ofori Attah. The church was established by the brilliance of Amb. Bishop Owusu in 2003 with only 6 members, now it has over 22 branches around the world, including, Ghana, Liberia, Nigeria, USA and Malawi.

Amb. Bishiop Owusu will experience the exposure of a wealth of resources and information to the United Nations and other associating organizations. He is expected to represent the UN peace to advocate and promote peace and report cases of violent, disturbances and to contribute advice, counseling to leaders for peaceful elections.

The awardee is expected to attend United Nations conferences across world including already scheduled conferences in the United States and Germany to share his ideas and input and be a part of the global dialogue on peace and security initiative around the world. Amb. Bishop Owusu is now a member of a special group that will leave the legacy of peace and world connections all around the world. He stands in this awesome space to bring about changes where it is needed. There is a lot of work to be done and Amb. Bishop Owusu pledges to stand ready to work and to help accomplish the mandates of the United Nation.

We are proud of Amb. Bishop Samuel Owusu on this great confirmation. His selfless work for over 25 years of his life, having risen from grave poverty and hopelessness, to where God is using him as a shoulder upon which other people can stand to have hope to rise is an irony that will remain in the minds of many forever. This Cinderella story from the slums to now be risen to the ranks of recognition from the word is telling of what hard work and faith in God can do. We all wish Amb. Bishop Owusu well in this next journey and phase of his life.