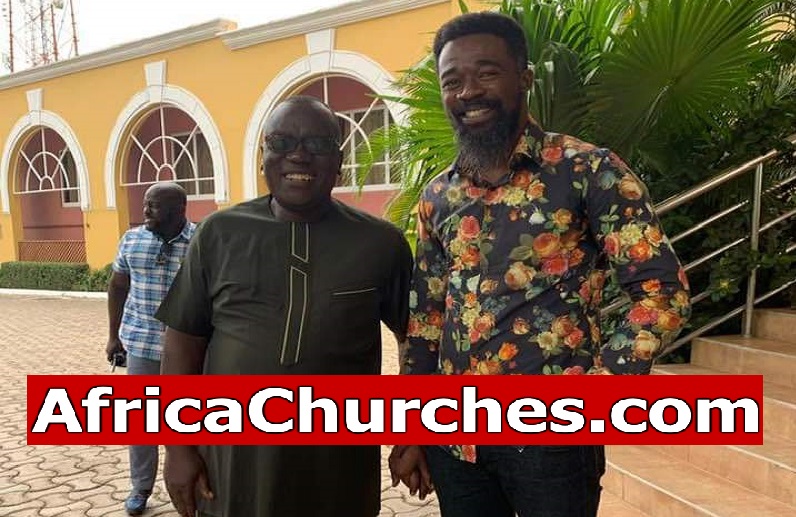 Hence, he made a trafficking post about the shocking death of Mr Kwadwo Owusu Afriyie, known in the political space as Sir John on his personal Facebook page.

“YOU HAVE BROKEN MY HEART
IF WALLS COULD SPEAK, IT WILL SAY EXACT WORDS I SPOKE WITH YOU BEING PROPHETIC SIR JOHN SIR HOHN SIR JOHN RIP
TO ALL THE BEAUTIFUL SOULS PLEASE DONT LET THE DAY COME BEFORE IT WILL BE TOO LATE
THE EAGLE REIGNS NOT FOR ANYTHING BUT FOR CAUTION. IT IS BETTER TO BELIEVE AND LIVE
WE ALL HAVE ONE LIFE BUT WE CAN SAVE IT FOR LONGER TIME. LETS KEEP THE FAMILY IN PRAYER”. He wrote. 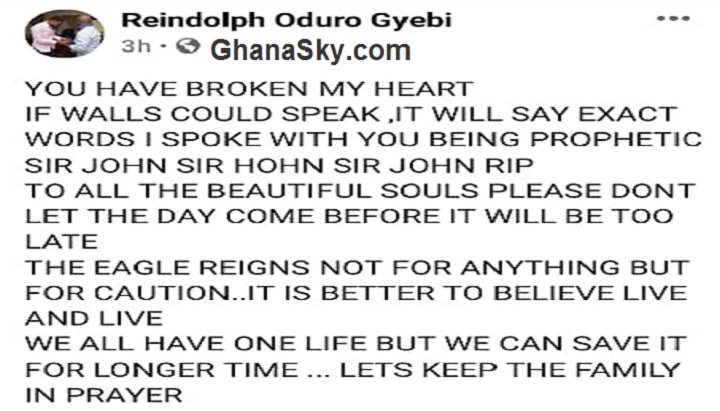 But, Eagle Prophet over the years has made a lot of predictions which has see the light of the day.

So, was the death of the former secretary of the ruling party, New Patriotic Party revealed to him?

May your soul find a resting place Wofa Sir John.