The founder and leader of the Glorious Word Ministry International, Rev. Isaac Owusu Bempah, has predicted victory for President Akufo-Addo ahead of 2020 elections.

According to Rev. Owusu Bempah, the sitting President will rise overall odds and maintain the presidential seat to the surprise of members of the opposition National Democratic Congress.

“Nana Addo will win [2020 elections] hands down only if he decides to contest,” Adomonline.com report quoted the controversial ‘Man of God’.

According to the religious leader, President Akufo-Addo was appointed by God to reign Ghana at this period of the country’s history and to deliver the best for the country.

He, however, claimed that the perceived hardship Ghanaians are going through in the first year of the New Patriotic Party (NPP), administration was expected.

“I predicted that Nana Addo’s first year was going to be tough and that is expected but he will still be the best President ever,” he said. 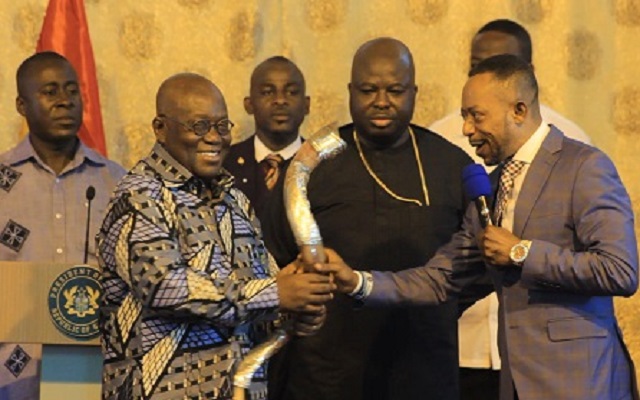