TRENDING
GMT+1 08:50
Home Church News Christianity in Ghana and the impact of Christianity

Christianity in Ghana: The arrival of the Europeans in 15th century into the then Gold Coast brought Christianity to the land.

There were many different cultural groups across the West African region who were practicing different forms of spirituality.

As the Europeans explored and took control of parts of the country during the colonial days, so did their religion. Christianity is the religion with the largest following in Ghana. Christian denominations include Catholics, Methodists, Anglicans, Presbyterians, Lutherans, Seventh-Day Adventists, Pentecostals, Baptists etc.

According to the census figures of the year 2000, out of Ghana’s 18.8 million people, Christians made up 69 per cent of the population of Ghana. A 2015 study estimated some 50,000 believers in Christ from a Muslim background.

The Methodist Church Ghana came into existence as a result of the missionary activities of the Wesleyan Methodist Church, inaugurated with the arrival of Joseph Rhodes Dunwell to the Gold Coast (Ghana) in 1835.

Like the mother church, the Methodist Church in Ghana was established by people of Anglican background. Roman Catholic and Anglican missionaries came to the Gold Coast from the 15th century.

A school was established in Cape Coast by the Anglicans during the time of Philip Quaque, a Ghanaian priest.

Those who came out of this school had scriptural knowledge and scriptural materials supplied by the Society for the Propagation of Christian Knowledge.

A member a resulting Bible study groups, William De-Graft, requested Bibles through captain Potter of the ship Congo. Not only were Bibles sent, but also a Methodist missionary.

In the first eight years of the Church’s life, 11 out of 21 missionaries who worked in the Gold Coast died. Thomas Birch Freeman, who arrived at the Gold Coast in 1838 was a pioneer of missionary expansion.

Between 1838 and 1857 he carried Methodism from the coastal areas to Kumasi in the Asante hinterland of the Gold Coast. He also established Methodist Societies in Badagry and AbeoKuta in Nigeria with the assistance of William De-Graft. By 1854, the church was organized into circuits constituting a district with T.B. Freeman as chairman. Freeman was replaced in 1856 by William West.

The Christian Council of Ghana (CCG)

The purpose was the search for unity and to work with members on issues of social concern and be the voice of the voiceless in society. Currently the CCG comprises fifteen member churches and two Christian Organizations (see annex three).

The CCG has over the years gone through a series of restructuring and renewal processes in a bid to develop a relevant, efficient and effective organisation that is pro-active and responsive to challenges facing the member churches. In the search for relevance and common witness, the determining factors have been global and national macro socio-economic and political trends such as political governance ranging from military rule to multi-party democracy. 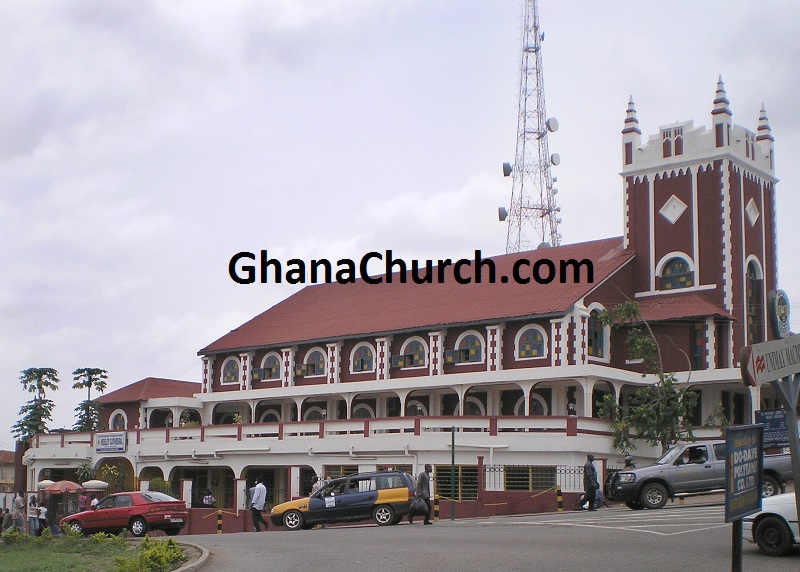 Therefore, the main aim of establishing these schools is to impact the values of the various faiths or missions into the younger generation to ensure continuity.

Almost all churches have schools at the primary, secondary and tertiary levels of education in the country. Consistently, over 95 percent of the country’s top second cycle institutions are all mission schools. Most noteworthy among them are:

Health care delivery
Furthermore, 42% of all the nation’s health care needs are catered for by health establishments belonging to various Christian bodies in the country. The umbrella organization of which the various mission hospitals, clinics and facilities are members of is known as the Christian Health Association of Ghana (CHAG).

Finally, some of these facilities are in deprived areas of the country. CHAG serves as a link between Government and its Development Partners and CHAG Member Institutions and provides support to its members through capacity strengthening, coordination of activities, lobbying and advocacy, public relations and translation of government policies.

Therefore the goal of CHAG is to improve the health status of people living in Ghana, especially the marginalized and the impoverished, in fulfillment of Christ’s healing ministry.

CHAG plays a complementary role to the Ministry of Health (MOH) and the Ghana Health Service (GHS) and is the second largest provider of health services in the country.