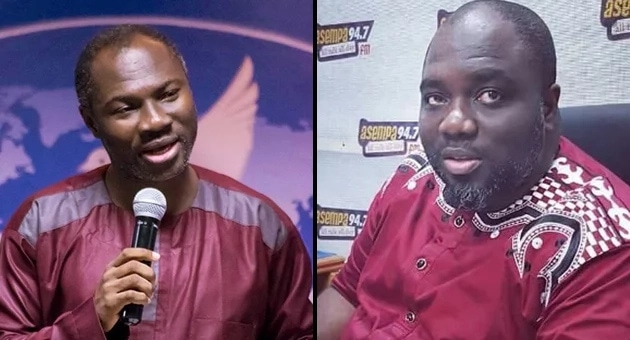 According to GhanaPa.com source, “I prophesied to KABA that death was ‘hanging over’ him- Prophet Badu Kobi”.

The founder and leader of Glorious Wave church International, Prophet Emmanuel Badu Kobi has revealed in a radio interview that he foretold KABA of his death when they once met in Joy Fm studio a few months back.

The man of God who is known to have prophesied about things that ended up happening revealed that when he met KABA at the Joy FM studio, he told him of how he has seen death hanging around his neck and beseeched him to visit him for God’s intervention.

According to him, KABA told him he will be visiting very soon for them to talk about it but KABA never showed up.

Kwadwo Asare Baffuor Acheampong popularly known as KABA passed away on the 18th November 2017 at the Korle Bu Teaching hospital after he was rushed there from his home.

KABA was pronounced dead on arrival by doctors

He was 37-years-old and was survived by his parents, wife, and a 7-months-year old girl.

Listen to the audio video below: